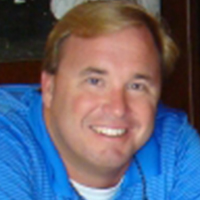 Jeff has over 20 years experience in manufacturing. He has been with T-H Marine, the parent company of Innovative Plastics, since 1994. Jeff has led the growth of T-H Marine from a small manufacturer, to one of the largest accessory suppliers in the recreational marine industry. He has also led the growth of Innovative Plastics, from a small captive molding company, to one of the largest molding companies in North Alabama, serving multiple industries. Prior to purchasing T-H Marine in 1994, Jeff worked as  a management consultant for Bain & Company, a worldwide leader in management consulting. Before Bain, Jeff earned his Masters of Business Administation from the Harvard Business School. Prior to attending Harvard, Jeff worked in sales and marketing for AT&T. He received his Bachelor’s degree in electrical engineering from Auburn University, where he was valedictorian of the school of electrical engineering. Jeff grew up in Athens, Alabama and attended Athens High School. He has been married for 27 years and has three sons. In his free time, he loves to hunt and fish, and serves as a volunteer football coach for Madison Academy. 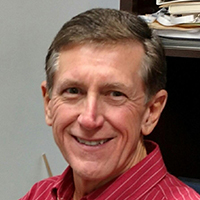 As General Manager, Hosea is responsible for the entire operation of Innovative Plastics. He has 30+ years experience in manufacturing, contract manufacturing, and injection molding. Hosea has been with Innovative since 2008. Prior to joining Innovative, he worked for 20 years at two top notch companies – Steelcase and Group Dekko. He has two sons and three grandchildren. Hosea enjoys hunting, fishing, and coaching little league baseball. 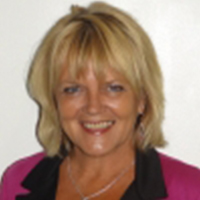 Cindy began her career at T-H Marine in 2000. She transferred to Innovative Plastics in 2001 to manage our quality control. She ushered the company through the ISO certification process and has managed all quality control efforts since then. She also serves in the roles of Office Manager and Human Resources Manager. Cindy was born and raised in Huntsville. She did move to Michigan for 6 years with her family, but the South was where she always wanted to be.  She has been married for 27 years, is a mother of three and also has three grandchildren who she truly adores. Her hobbies include cooking, spending time with family and being with friends. She is a big fan of Auburn University Football and bleeds Orange and Blue. “War Eagle Baby!” is her favorite saying during football season.

Greg joined Innovative Plastics in 2008. He is in charge of all injection molding production. Greg has over 20 years experience in managing and manufacturing of injection molded plastics. Prior to Innovative he worked at two other large scale injection molding companies. Greg grew up in Athens, Alabama – where he still resides. Greg is married to his wife of 17 years and they have two sons they are very proud of. His hobbies include fishing, golf, and watching football. 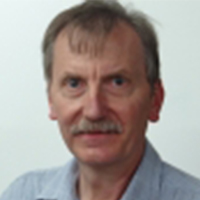 Mark has been with Innovative since 1998. He is a Master Tool Builder and is our Mold Shop Manager. He manages our engineering and injection mold building staff. He has been building injection mold tooling for 35+ years. He literally knows almost everything there is to know about tool building and custom injection molding. Mark has been married for 35 years. His hobbies include antiquing, building computers, and handy-man projects.